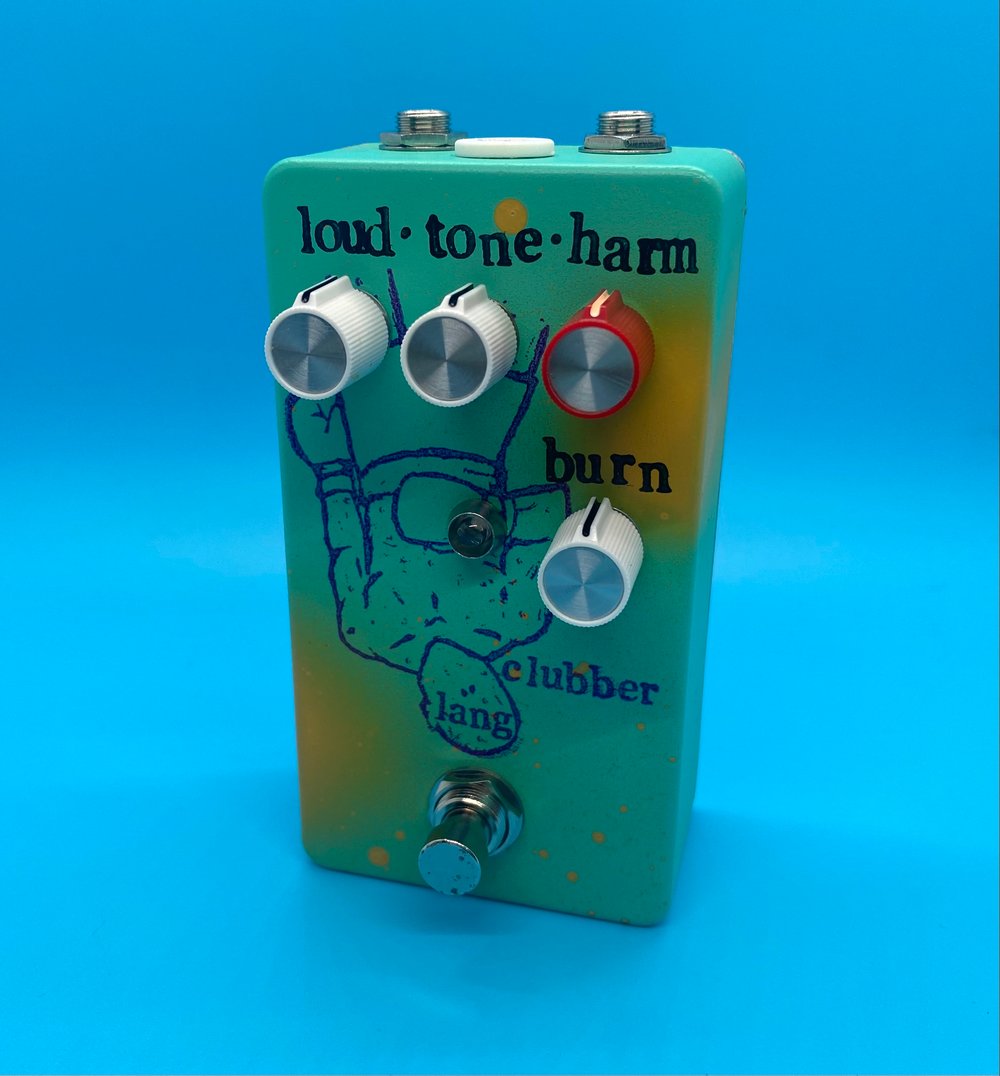 CLUBBER LANG is my love letter to the Interfax Harmonic Percolator, with some changes. It features a MOSFET input stage to push some wild texture out of the circuit, as well as asymmetrical Germanium soft clipping, increased low end output, and a widely effective tone control. There's a lot of interactivity between the two gain and tone controls, making this a wild and fun fuzz. CLUBBER LANG loves it when you switch your pick ups and play with your instrument's tone control. CLUBBER LANG loves input dynamics and it loves to stack with other dirt pedals. Other notable features:

CONTROLS:
Burn: MOSFET stage gain control (crackles when turned)
Harm: Fuzz stage gain control
Tone: Counter-clockwise for more low end, clockwise for more treble
Level: Controls output volume
Whud: Internal trimmer; controls feedback resistance. Basically, this controls the level of stability of the output from the silicon transistor, which affects a few aspects of the sound of the pedal. Lowering this will make the pedal sound absolutely wild and further increase the level of interactivity between controls, but it could take you below unity volume. Turning it up will strengthen the integrity of the output signal and increase the output volume slightly, but remove some of the interactivity between the gain stages, tone control, and soft clipping diodes. Midpoint is the stock setting.